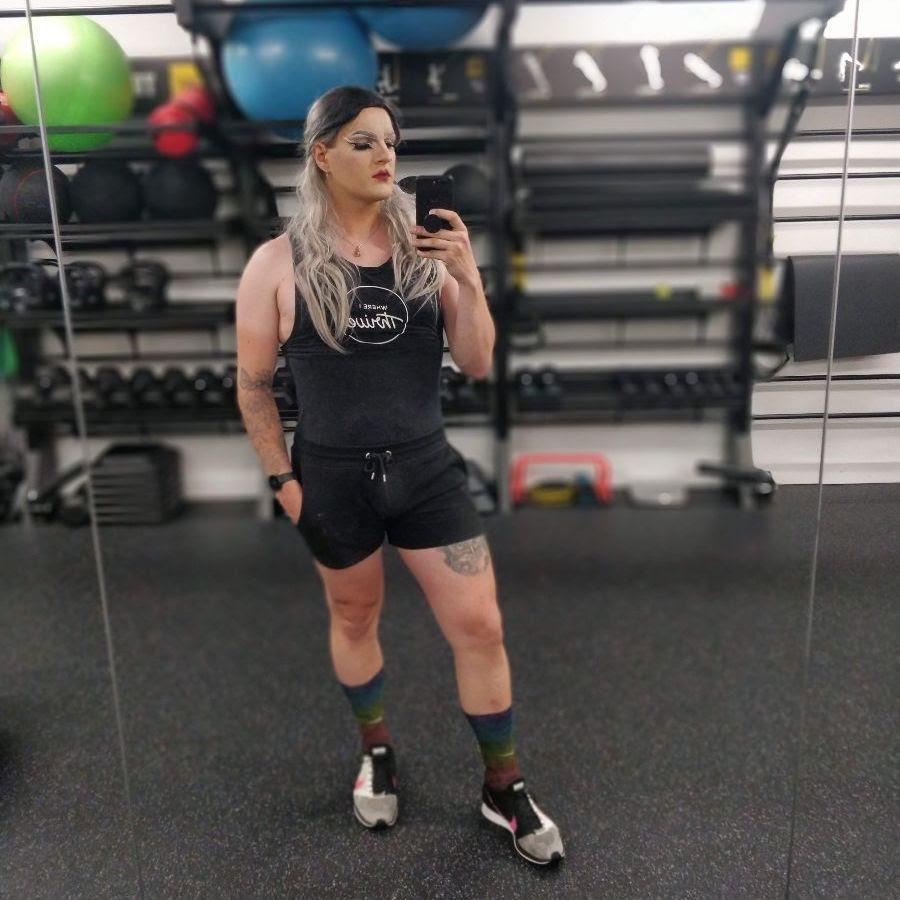 From getting picked last for a team on the playground to being discriminated against during varsity level sports, the world of athletics has not always been the safest space for members of the 2SLGBTQ+ community. Derek Brougham (they/he/she), a master’s student at the University of Ottawa and bartender at a local queer bar, started his journey in drag as Deca Thlon, the decathlon queen, to help make the world of athletics more inclusive for 2SLGBTQ+ folks. Throughout June, Derek has performed in drag multiple times to raise funds for the Deca Thlon Queer Athletic Scholarship, a bursary intended to help pay for a queer athlete’s tuition to any canadian university. In addition to their shows, Derek has partnered with Where I Thrive, an inclusive café, gym, and yoga studio, in order to help him raise money through offering classes led by Deca Thlon.

During their undergraduate studies, Derek competed in track on his university team. Despite the progress made in the fight for 2SLGBTQ+ acceptance, Derek still encountered unpleasant experiences as a queer person in sports. “Doing a sport like track, it’s… pretty okay? I was never bullied or targeted, but witnessing a lot of homophobia, misogyny, and racism around you… it’s hard to feel like you’re allowed to be your queerest self in an environment like that,” he recalled. “I felt the stares, and I heard the laughs… So, I guess it’s not exactly okay.” Unfortunately, experiences like Derek’s have been the norm for members of 2SLGBTQ+ community who engage in sports: according to a 2019 study led by the queer athletic journal OutSport, 80% of gay, bi, and trans athletes have witnessed or experienced homophobic behaviour in sports1. Derek decided that drag would be the perfect tool to combat the exclusive nature of the athletic world. He explained, “Drag is a great way to protest. I love it because I can use it to make space for everyone. As probably one of the queerest parts of our community, drag is such a great way to bring queer culture to people that probably haven’t experienced much of it.”

Through his partnership with Where I Thrive, Deca will be hosting five classes from June 25th to June 30th, with all proceeds gathered going directly to her scholarship fund. Where I Thrive has generously waived the entrance fees to these classes to make them accessible to all. They simply ask that if you attend, that you donate however much you can to Deca’s cause. Furthermore, Deca has chosen “all it takes is one” as the theme for her five classes. When asked what inspired this choice, Deca responded, “All it takes is one person to foster an exclusive, intimidating, and unwelcoming environment. I can go back to all the sports I’ve played and bring it back to one person who made me uncomfortable: be it a teammate making ‘jokes’ or an assistant coach telling me he doesn’t want me on the team, despite being one of the best players.” Deca went on to explain that there is also a positive side to this theme, “All it takes is one person to say, ‘no, we do want you here’; it makes you realize that the bully, the bigot, is the outlier. All it takes is one person to say, ‘that wasn’t a funny joke,’ or ‘that’s very homophobic.’ Something like that could’ve ended those situations and created a safer environment.” 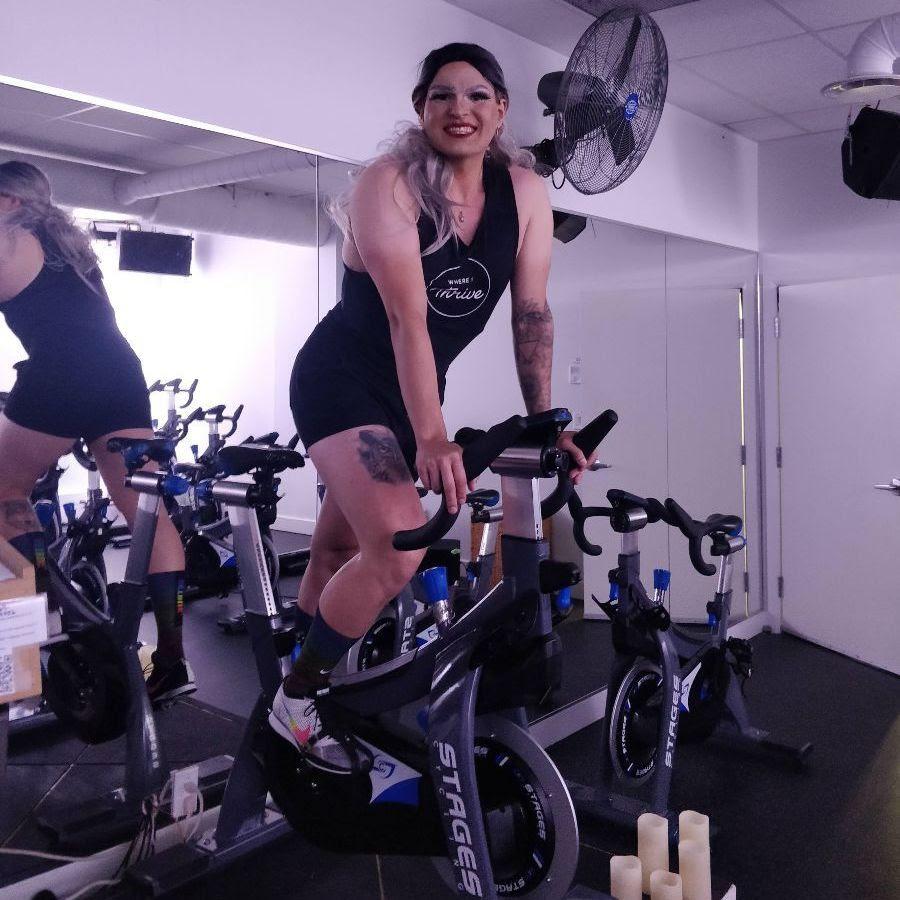 The creation of a scholarship seemed like both the perfect way for Derek to make a difference as well as a fulfilling, full-circle moment. They explained, “Two things that really define me are my athletics and my academics. As someone who wasn’t wealthy growing up, I’ve paid for most of my education myself, and scholarships have been really helpful. It just makes sense to offer that back now. I want to make space for more queer athletes.” As for her future beyond the creation of her scholarship, Deca aims to one day compete in a decathlon in full drag, and wants to bring drag to other sports to both encourage inclusivity and contest the hyper masculine nature of athletics. “I believe everyone should have a place in sports, whether you want to go to the Olympics or just want to hang out and enjoy some physical activities with friends: sports are for everyone.” 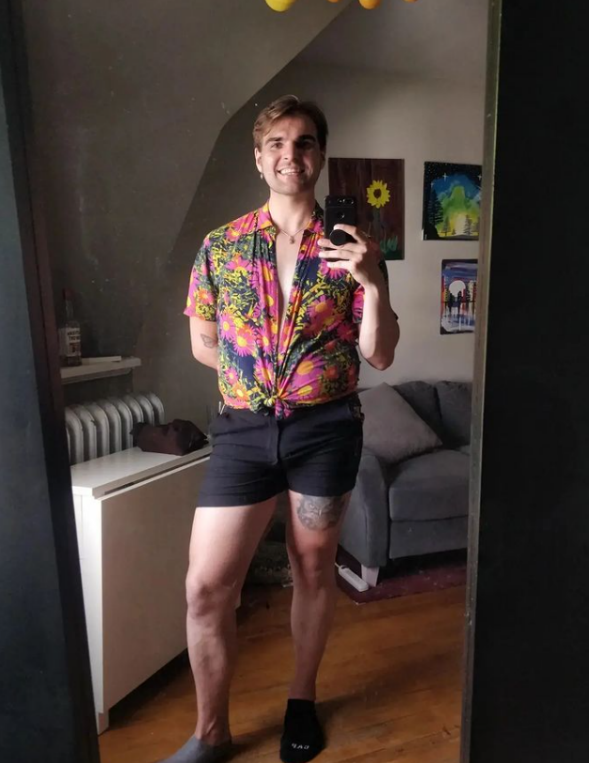 You can find Deca Thlon’s Instagram @decathlonqueen and donate to her scholarship fund using this link.

If you would like to attend any of Deca Thlon’s classes at Where I Thrive, you can register now through the Where I Thrive website.